Stand your ground as you grow your bookkeeping business

We went to the pictures this week to see the movie Fury. It was set In April, 1945 in the dying days of WW2. It was gritty and graphic but if you like war movies, you’ll love this one. In one particular battle, with only one Sherman tank and five men facing overwhelming odds where they were outnumbered and outgunned, the sergeant, Wardaddy (Brad Pitt), made a stand. Regardless of the outcome, he was going to do everything in his power to hold back the Nazi SS.

Given that Remembrance Day is next week, it was a timely and poignant reminder of the ultimate sacrifice that so many soldiers made for us.

I was mentoring a bookkeeper this week about some of her clients who were cutting corners when it came to the bookkeeping and she was worried that it might compromise her BAS Agent Registration. I told her to stand her ground. Be firm with the client about the ATO requirements, be clear about what you believe in and what you know are the facts.

I realise comparing the war and the horror than men and women had face in any war, with bookkeeping and the struggles we have in our country today seems almost irreverent. We are free to live our lives in peace because of their enormous courage and the stand they made for us. However I think it’s fair to acknowledge that, although you don’t have to face life and death battles, the battles you do have to face as you grow your bookkeeping business, are just as important and often require great courage to stand your ground. Being certain, as was Wardaddy, of what you’re fighting for will give you the courage to need.

So what are you fighting for? 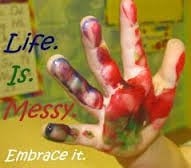 Life is messy as you grow your bookkeeping business

When you become a Pure Bookkeeping licensee you’ll get access to the Guided Implementation Program....

Taking advantage of social media to grow your bookkeeping business

Do you want to grow your bookkeeping business? 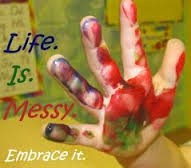 Life is messy as you grow your bookkeeping business

When you become a Pure Bookkeeping licensee you’ll get access to the 90 Day Challenge. There is one...