Provide your clients with five star service to help you grow your bookkeeping business. 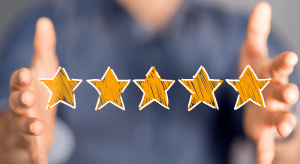 This is going to be a longer blog because I’m going to rant! Here’s the chalk - over three days last week I spent the best part of a full day in total trying to get my mum’s gas reconnected. She moved into a retirement village about 6 months ago and the gas and electricity were already connected and we were paying the monthly levy so didn’t think any more about it. Last Monday she tried to light the gas to cook dinner but no gas. The following morning I rang her old retailer, AGL, and they had no knowledge of gas being connected or disconnected to her property. The consultant suggested we ring SP Ausmet (the meter people) as they would know who ordered the disconnection. Turned out it was AGL! Her gas was disconnected without a bill or a warning being received. So now my 81 year old mother couldn’t cook dinner or have a shower. Not impressed.

We decided to sign up with Energy Australia. The first person was very polite but apparently filled out the wrong service order. I only found out because I checked with SP Ausmet to make sure they got it. Rather than go through the excruciating detail of the next two days I spoke to another THREE customer service people who all said that they had fixed the problem, apologised profusely for the mistake and offered mum a $100 discount on her first bill and to pay for any expenses incurred as a result of the inconvenience. Each time I rang SP Ausmet to check the order had been received, they hadn’t. Each time extended the lag time for the order to be processed which was up to 48 hours.

I then decided to speak to a Team Leader at Energy Australia and completely lost it when he told me that he had to raise another service order and it was just part of the process so there was no need to raise my voice! By this stage even the consultant at SP Ausmet was at his wits end when he still had not received that order! I rang Energy Australia one more time, spoke to another person and identified myself (as I had done each time before) and was abruptly told that I wasn’t a contact person and she couldn’t speak to me about the account! I calmly asked to speak to her Team Leader who was able to identify me. I confirmed a short time later that the service order had been received and within 2 hrs mum’s gas was reconnected.

Now here’s the cheese. We went to a beautiful part of northern Victoria for a family wedding and visited Brown Brothers Winery and Restaurant on the weekend. As soon as we arrived we were greeted by a friendly smile and taken to our seat. The table was a bit wobbly and before we even noticed it the waitress said she would fix that and promptly returned with a wedge. She asked if we would like the bifold doors opened as it can get a little warm in the corner of the restaurant. She then explained every detail of the ingredients in every meal and why the recommended wine was going to enhance the flavours of each meal. And she was right. Not one thing was disappointing about that experience. She anticipated our needs, made us feel like we were the only people she had to serve, did it with a friendly smile and the food and drink were better than we expected.

What a completely different experience that was to the one I had earlier in the week. That’s the way you do business. Five-star service. Nothing too much trouble. Anticipate your client’s needs. Make them feel like they’re your only client. Give them reliable information which empowers them around their finances. And you will be rewarded by delighted clients who enthusiastically recommend others to you to help your bookkeeping business grow.

Stand your ground as you grow your bookkeeping business

We went to the pictures this week to see the movie Fury. It was set In April, 1945 in the dying...

Stand your ground as you grow your bookkeeping business Pt 2

Last week my message was to be clear about what you know are the facts and stand your ground. If... 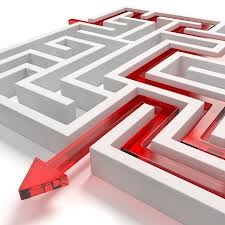 What’s your exit strategy for your bookkeeping business?

I am thrilled to announce, with a mixture of relief, excitement and a tinge of sadness that I sold...