Disruptive innovation and the bookkeeping industry

The theme at the recent ABN Conference was “Change” and I think it’s fair to say that several speakers left the audience feeling vulnerable about the industry. They used phrases such as “Data entry is dead!” and made their point that if you don’t embrace the new technology you’ll get left behind. It was quite confronting for many bookkeepers.

Change is happening. You’d be foolish if you denied that. If you think that all you do is data entry and compliance and choose to put your head in the sand about the change, then you will be most at risk of being left behind.

However, it’s not quite as dire as what we have been led to believe. When Peter Cook and I did a “breakout session” during the Conference, Pete made a simple but profound statement about the perceived threat. He said “If you are in the business of empowering business owners around their finances then, no matter what changes happen in the bookkeeping industry, you’ll be OK.”

If that’s the business you’re in, you’ll embrace the technology that’s going to remove some of the tedious aspects of bookkeeping and you’ll find other ways to empower your clients. Exciting times ahead.

What Is the One Thing You Can Do Now?

I’ve been reading a great book called The One Thing by Gary Keller. He says that most people trying... 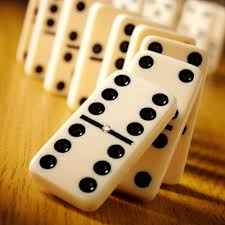 I’ve been reading a great book called The One Thing by Gary Keller. He says that most people trying...

I’ve just started reading The Subtle Art of Not Giving a F*ck by Mark Manson and am loving it! If...