While holidaying in San Diego we visited USS Midway an aircraft carrier which was decommissioned in 1992. In simple terms Mission Control back at the base, created the overall plan and strategy to win. This information was conveyed to the Captain of the Midway who was responsible for ensuring that they arrived at the designated point ready for deployment. The "Deck Boss" was responsible for the very complex maneuver required to dispatch and land the aircraft safely so that they could complete the Mission. He was supported by a team of navy personnel who gave updates of the position of each aircraft so that they took off and landed safely. It was explained that safe and successful take-off and landings took three things - everyone knowing what their role is, having a process which gives predictable results and practice, practice and more practice. But when it's real-time, those three key ingredients make a successful mission possible.

While all this was being explained I thought it was a great metaphor for running a profitable bookkeeping business. You are not only responsible for the bookkeeping for your clients, you need to look after the other departments in your own business in order for you to be successful:

And there's also:
If you would like more information about this and the psychology behind each of the different departments then I would recommend you read "The E Myth" by Michael Gerber. It transformed my understanding of how to run a business.Schedule some time at the end of BAS-ON to get your house into order. Review your financials for the 9 months from July last year, see if you've reached your targets (Finance). Have a "meeting" with Management to review your figures and reduce unbillable or unprofitable hours and make important adjustments including planning to put up your prices by at least CPI from July 1st. Develop your systems to ensure you and your team provide your clients with consistent, reliable results (Production) and set your targets and vision for the 12/13 FY (Leadership).Make yourself accountable to someone (family, friend, mentor) and discuss your plans with them or feel free to email me your goals if that helps. Get serious about what you want and plan when you're going to get there.Don't forget Pure Bookkeeping now has a Facebook page and we would love to have you as our "friends". If you haven't done that yet just click on the link below to "like" us and as a special thank you, you will receive the fantastic eBook "Love Your Business". "Love Your Business" is a 3 part common sense method that will help your company grow and prosper.

There are lessons to learn as you grow your bookkeeping business

There is an old quote that goes something like “people come into your life for a reason, a season,... 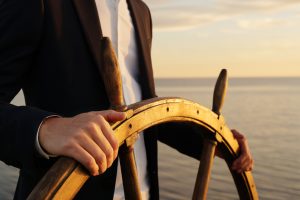 You take control of your growing bookkeeping business

I’m going to keep this blog really short because, if you were busy before EOY, you’re already... 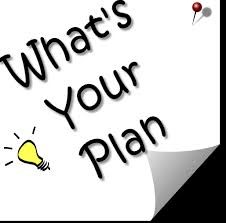 What’s your plan to grow your bookkeeping business in the coming year?

Benjamin Franklin said, “If you fail to plan, you are planning to fail”. If you start the new year...