Henny Penny or Chicken Little is a story about a chicken who believes the world, as he knows it, is coming to an end. So he runs around shouting hysterically “the sky is falling!” to warn all and sundry that disaster is imminent.

While on the Seven Secrets of Growing Your Bookkeeping Business Roadshow recently we were often asked if the bookkeeping industry, as we know it, is going to come to an end. The perceived threats to the industry are:

Over the next three weeks I’m going to deal with each concern, how it might be perceived as a threat, what the reality is and what you can do about it. 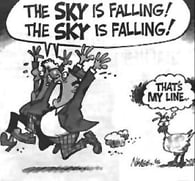 So, firstly “Accountants are now doing the bookkeeping in-house”. The threat is that bookkeepers will no longer be needed, the good ones will be recruited by the Accountants and those stand-alone bookkeepers who battle on won’t get referrals from them (currently the best source of new business for a bookkeeper). The sky is falling! While this may be perceived as a “trend” in the industry we haven’t seen any reduction in the amount of bookkeeping work that small businesses require.

The reality is that most Accountants don’t have time to look after their client’s tax and strategic issues, let alone start a second business bookkeeping. A business which is much more difficult to manage and generating profits is hard work when compared with their Accounting practice. Sure, there are Accountants out there doing the bookkeeping in-house but they are definitely in the minority. And on the flip side of that I’ve also heard of a number of Accountants who thought they would give it a crack, but soon realised their mistake and had underestimated what was involved (surprise, surprise) and have gone back to the business they know.

Love to hear your thoughts, you can leave them below. 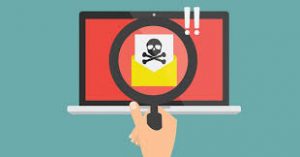 The past two weeks I’ve been addressing perceived threats to the bookkeeping industry. Click here...

A powerful vision is vital when growing your bookkeeping business

My last blog was about commitment. If you missed that click here. In that blog I shared my ultimate...

A powerful vision is vital when growing your bookkeeping business

My last blog was about commitment. If you missed that click here. In that blog I shared my ultimate...